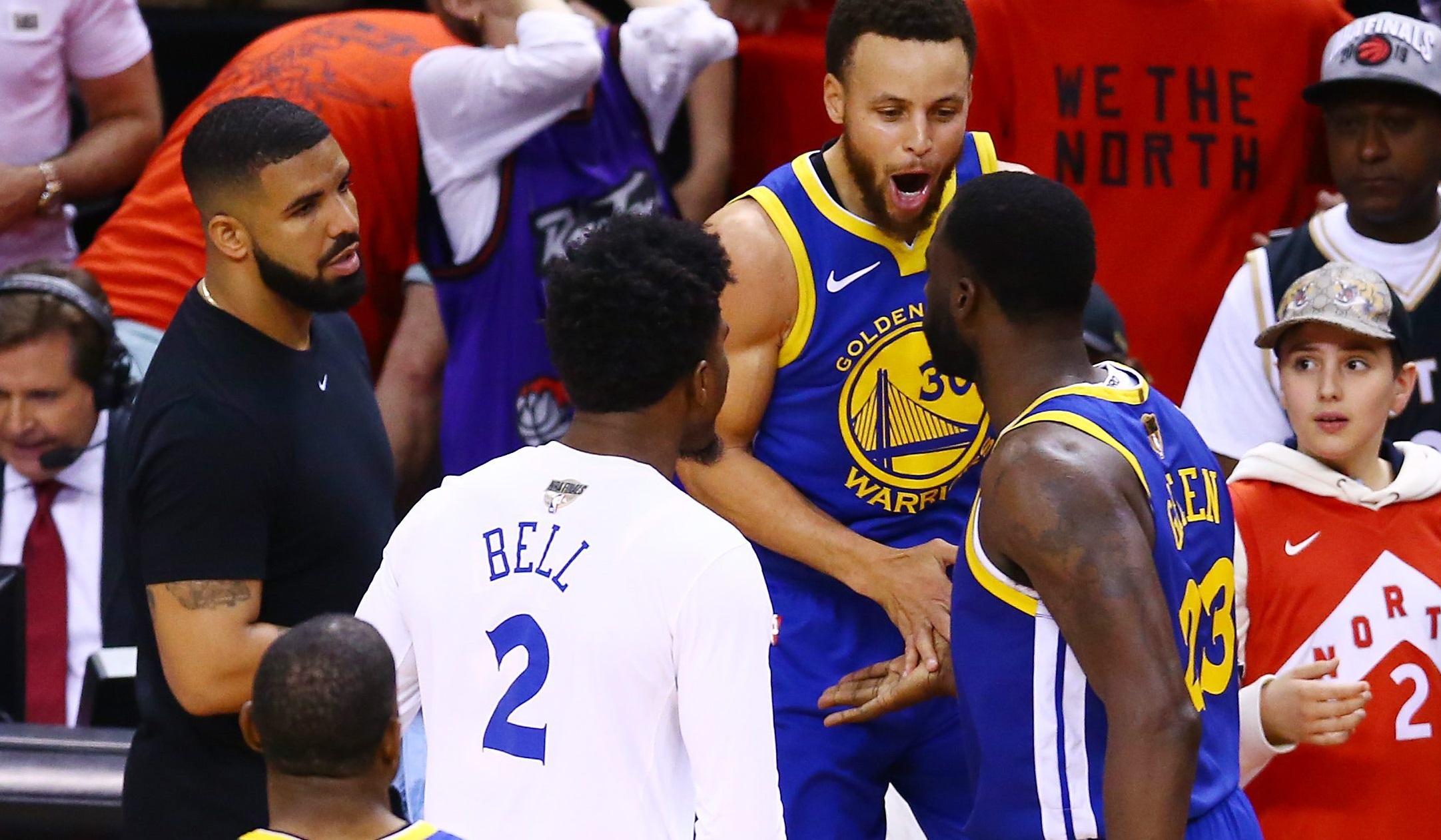 It was “an incredible win and a horrible loss at the same time”.

Monday night’s Game 5 of the NBA Finals ended in the Warriors stealing the game (and what would have been a historic moment for Toronto) with just one point in Golden State’s favor.

The powerhouse of a team shot a whopping 20 three-pointers – the second-highest total achieved in an NBA Finals game.  Basketball prodigy Stephen Curry, who now has a total of 720 Finals points, finished with 31 points and Klay Thompson, the man responsible for that game-winning 3-pointer with just 58 seconds remaining, finished with 26.

“They're amazing. They're amazing competitors, great shooters,” Coach Steve Kerr said of Curry and Thompson. “Mark Jackson said it years ago – they're the best shooting back court of all time. But maybe what people don't know is how competitive they are, and I thought that showed tonight.”

But even with a play that saved the Warriors from a series loss, not all was victorious. After missing nine games due to a right calf injury, fan favorite Kevin Durant finally made a return and scored 11 points in 12 minutes before falling to the floor and injuring his right Achilles tendon in the second quarter.

“I don't know the extent of [Kevin’s injury]. He'll have a MRI tomorrow,” said Warriors general manager Bob Myers. “Prior to coming back he went through four weeks with a medical team, and it was thorough and it was experts and multiple MRIs and multiple doctors, and we felt good about the process.”

Myers also made a point to assure sources that those who questioned whether Durant wanted to get back to his team were wrong. “I don't know that we can all understand how much it means to him,” he said. “He just wants to play basketball with his teammates and compete.”

Steve Kerr also commented on his mixed emotions regarding his team’s win and simultaneous loss of such a valuable and beloved player.

”I just told the team I didn't know what to say because on the one hand I'm so proud of them, just the amazing heart and grit that they showed, and on the other I'm just devastated for Kevin,” said Kerr. “So it's a bizarre feeling that we all have right now. An incredible win and a horrible loss at the same time.”

Curry, who stuck by the injured and limping KD on the way to the locker room, made a point to emphasize the importance of sympathy and support in the game of ball. "Everybody gets so wrapped up in chasing championships and the greatness that you see on the floor, but life is more important in terms of caring about an individual and what they're going through," he said.

"Nobody should have to go through something like that, especially with this stage that we have."

While it wasn’t a terrible game for the Raptors; the team first to hit the 100-point mark and secure a 6-point lead in the game’s final minutes thanks to the dexterity of Kawhi Leonard – they just couldn’t hold on to their glory through the final seconds.

“I think a couple of us were playing a little bit too fast on the offensive end”, said Leonard. “But we scored 28 points in the first quarter, could have played a little bit better defense, like guys were getting open shots. I guess nerves probably settled down from there and we started to play a little better basketball.

But we're going against a great team and they weren't going to quit.”

“We want to win this championship, we're going to give everything we got,” said Steph Curry. “But I think we're done with proving people wrong or making bold statements with our play, people know who we are.”

Game 6 takes place on Thursday in Oakland, and again, there’s a lot at stake.

The Toronto Raptors will have yet another shot at snagging the championship title – but the Warriors will need to live through another game for that same opportunity. Let’s see if they do well in their home arena this time around.