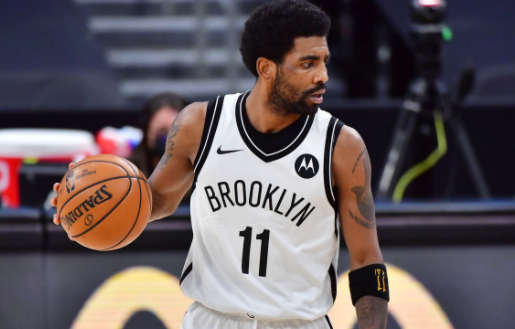 “[Irving] made the game so much more difficult for the Pacers”

In the Brooklyn Nets’ 129-121 victory over the Indiana Pacers on Wednesday night, a returning Kyrie Irving came through with a game-winning performance in the fourth quarter after a rusty start off.

Irving, who has not been vaccinated against Covid-19, was ineligible to play in home games due to New York City’s vaccine mandate, and Brooklyn did not want a part-time player. But, after an outbreak of the virus within the team, it was decided to allow Irving to rejoin as a road-game-only player.

Following the game, Irving did admit to feeling nervous about his return - but overall, was simply happy to be back on the court after missing out on the initial three months of the season.

"Just a lot of gratitude just to be present tonight with everyone," said Irving.

"Just go out there and have fun doing what we love to do. It was a not-so-good first half for us, and we came in the locker room and we knew that in order to build this identity that we want to have later in the season we got to start now."

Durant, who contributed a game-high 39 points to Wednesday’s win, shared how it was “incredible" having teammate Irving back in the game.

"The crowd showed him so much love, teammates, just the game of basketball is happy to have him back. He made the game so much more difficult for the Pacers, giving us a different attack, especially in the fourth quarter. We'll just keep building on this."

Harden also shared his appreciation for Irving’s returning performance. "It's special," he said. "It felt like he's been playing all season. He looked comfortable as usual, his pace, his rhythm. It looked like Kyrie."

Nets coach Steve Nash commented that he is hopeful he can keep increasing Irving's minutes as Brooklyn looks to secure the drive they found in the fourth quarter.

"Not a big surprise watching him play in practice -- he's so gifted and talented and you could see the rhythm was there, but it's still an adaptation so we got to give him some space here as he transitions back to playing, but tonight he was big."

Irving will play again next Monday in Portland, with the Nets’ next game tomorrow facing the Milwaukee Bucks. The Pacers will face the Utah Jazz on Saturday.