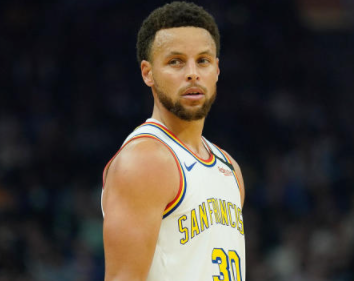 "If you take away the context of these last couple games, I played the exact same way"

Golden State Warriors star guard Stephen Curry has been sitting on the precipice of achieving one of the more grandiose records in the game of ball: Ray Allen’s legendary all-time 3-point record.

Curry continues to claim that this goal has not been an influencing factor of his current performance. Following Saturday’s 102-93 loss to Philadelphia, Curry’s shooting was not up to his usual standards - yet he’s positioned at just seven 3-pointers away to surpass Allen.

"If you take away the context of these last couple games, I played the exact same way," explained Curry. ”I just got to make shots and understand the opposition's not going to want that to happen on their own floor. And they defend accordingly so I think for the most part try to keep it out of my head and just play basketball and just take the shots I normally take, play the game I normally do.

"There's obviously a lot of attention on it which is well-deserved, it's an all-time NBA record, and it's one that's been standing for 10, 11 years, so I appreciate the attention on it and it will happen when it happens. You got to continue to try and win games in the process."

Across his past six contests, Curry is currently 35-for-104 from the field and 27-for-72 from beyond the arc.

Warriors coach Steve Kerr acknowledged that a leading factor that could explain Curry’s struggles on Saturday was Sixers swingman Matisse Thybulle playing exceptionally well, and restricting the space Curry usually has to do his thing.

"I give Thybulle credit," said Kerr. "I thought he was fantastic defensively. He's a rare combination of length and athleticism and brains and he did as good a job on Steph as anybody I've seen in a long time."

Needless to say, the Sixers were very proud of their defensive star on Saturday night.

"It was amazing," said Sixers center Joel Embiid. v"I've been saying this, this is a guy who is probably the best perimeter defender in the league, and I think he has a chance to win defensive player of the year."

With that said, the missed opportunity at knocking down the open looks that they did get was not lost on Curry and the Warriors.

"I missed three or four I normally make," said Curry. ”Usually when you have a defender like that that's running you around you're very selective about the shots that you do get because their game plan is to take away good looks. ... They were flying around most possessions.

“Out of the 48 threes we got, I bet you 40 of them were really good looks. Not just me, but everybody. So it's tough to win games if you only shoot 25% on those type of shots. Just got to stick with the program and how we play basketball."

Thybulle simply focused on doing his job, not allowing for any intimidation by Curry to enter his mind. "There's, like, no secrets to guarding people like that," shared Thybulle. "You've got to play really hard, you've got to be willing to get scored on. He's going to make some spectacular plays and you have to be able to play through that and just trying to be a consistent force and not let his success take you on a roller coaster."

Golden State, now 21-5, has to decide in the short-term if they are going to play Curry - who has featured in all but one game this season.

"I always want to play," said Curry. "It's also understanding the situation, the big picture. And reassessing after every game how your body feels. I don't want to give too much away but you have things that you're doing regular maintenance on and understanding where we are throughout the season, so we'll make the right decision accordingly."

The Warriors face the Indiana Pacers again tonight (Monday), with the Sixers facing the Memphis Grizzlies.