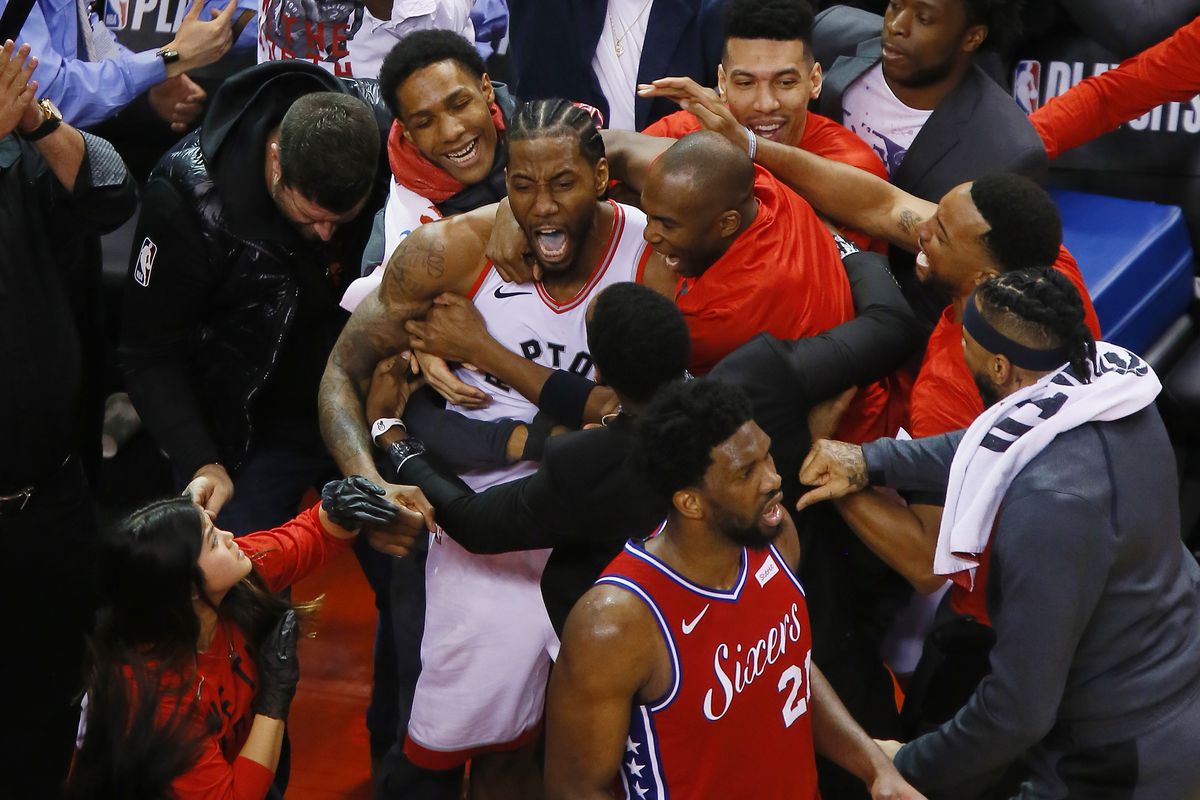 This marks the first Game 7 buzzer-beater in franchise history.

The Toronto Raptors and Philadelphia 76ers have been on one hell of a ride.

After an uncomfortable loss to Philadelphia in Game 6, Toronto reclaimed their sovereignty in Game 7 on Sunday night with a close 92-90 win – and even better: a ticket to the NBA Conference Finals.

Toronto’s 27-year old Kawhi Leonard stole the show with an unforgettable game-winning shot that made it just in time before the buzzer.

With the score tied and just four seconds left in the game, Leonard saw this as the perfect opportunity to take his shot and bring a win to the Raptors.

“I knew I had some time to get some space rather than just catch and shoot the ball”, said Leonard. “I ended up catching it and just trying to get to a space so I could get the shot off”, Leonard said. “Embiid was guarding me. But he's taller and longer than me, so I ended up finding a spot that I like ... that I work on.

I knew I had to shoot it high. A couple of possessions before that I had the same kind of shot from 3 and it ended up coming short. I had to put it up even higher than that.”

And so it happened: Leonard shot a 21-footer with 7-foot-2 Joel Embiid in the corner. The ball bounced four times before finally making it through the net – a brief yet pivotal moment that felt like a lifetime for many.

“I just went into my shot, and just shot it as high as I could and I got some loft on it. It felt great.”

The last time the Raptors played a Game 7 was in 2016 where they dominated the Miami Heat 116-89, which brought them into their first Conference Finals berth in NBA history.

“[Leonard] hit a tough one. You tip your hat to that,” said Philadelphia’s Jimmy Butler. “He's an incredible player. We know it. Y'all know it. And there's not much more you can say about that.”

The Raptors kick off their first game in the Conference Finals this Wednesday, facing the Milwaukee Bucks.