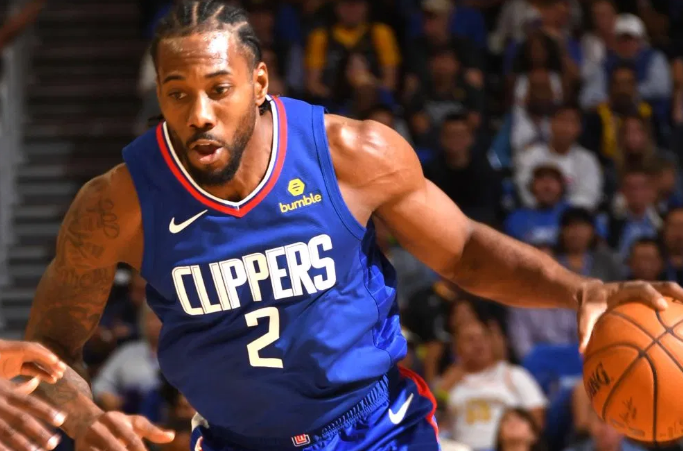 And, some clarity on the Doc Rivers MJ comparisons

The Los Angeles Clippers’ Kawhi Leonard made all the right moves in the final quarter of Sunday night’s game against the Utah Jazz, bringing a game-winning 18 of his 30 total points with just 10 minutes and 32 seconds remaining.

"With me, I think it's just about taking advantage of the moment and not shying away," said Leonard.

"Just keep going to your spots and shooting, and keep being aggressive for the team, and don't shy away, pretty much. That's what I take my pride in."

With Leonard’s talent and physical form continuing to showcase itself in memorable ways, the 28-year old MVP can’t help but be compared to the great Michael Jordan.

Clippers coach Doc Rivers had some more to say regarding his comment back in May that likened Leonard to Jordan (a comment that cost the clippers a $50,000 tampering fine).

“If the media had been listening to what I was saying,” Rivers jokingly told a source before Sunday’s game, “we were saying his body type is the most like Michael Jordan. We were talking about body types and I said there’s nobody type more like Michael Jordan than Kawhi.

“I actually said because his hands and his length — I did say part of his game is the in-between game. And that took a whole life.”

Leonard was evidently flattered regarding the comparison talk by Rivers, also confirming that Jordan was a player he had studied.

"Just to be able to get recognized for my talents and where I came a long way to where I am now and just showing my hard work is paying off," Leonard said. "[Jordan is] obviously one of the guys that everyone looks up to just from a competitive standpoint, how he approached every game …

“You just try to nitpick what you can take from him and bring it into yourself."