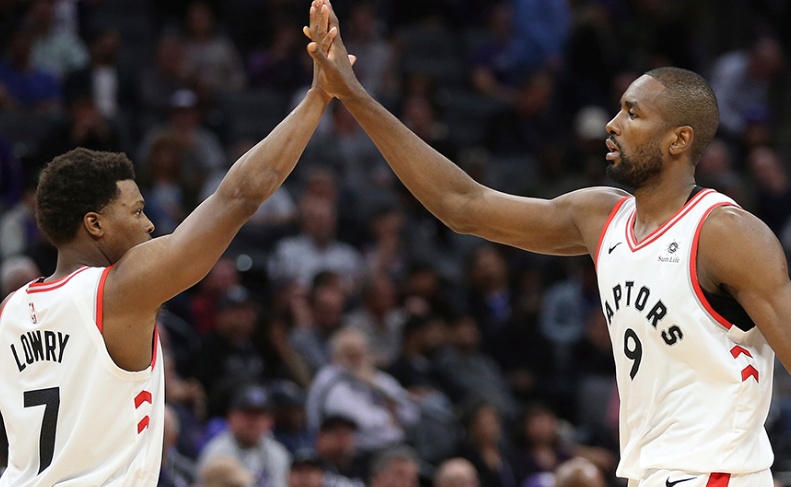 “Luckily we hung in there and pulled one off.”

The Toronto Raptors set a franchise record with their 12th straight win in Wednesday’s 119-118 victory against the Indiana Pacers, who suffered their third straight loss.

“We’ve said this before during this win streak: we haven’t played great all the time but we keep finding a way and that’s a heck of a characteristic to have,” said Raptors coach Nick Nurse.

“Tonight we weren’t very good and they were very good, I give them credit.

“They were awesome, they were cutting and flying and moving and hustling and guarding and physical and all the things you can be and they were trying to knock us out and we wouldn’t quite go away and luckily we hung in there and pulled one off.”

The Raptors had been trailing by 11 with under four minutes remaining, until they picked up the pace in the aggressive Raptors-style they know how.

“We do what we gotta do to win the basketball game, no matter what it takes,” said Lowry.

“That’s what we’ve always continued to try to do and try and build on and try to get better as a team. Every game is a learning lesson and you continue to get better throughout the season and just enjoying this journey.”

Serge Ibaka scored a season-high 30 points that included a game-winning 3-pointer with just 30 seconds left in the game.

“Right now, I’m doing the best I can to coach these guys to a maximum place,” said Nurse. “And there’s some long-term vision in that.

The Toronto champs play the Indiana Pacers again tomorrow night in what will surely be another interesting matchup.