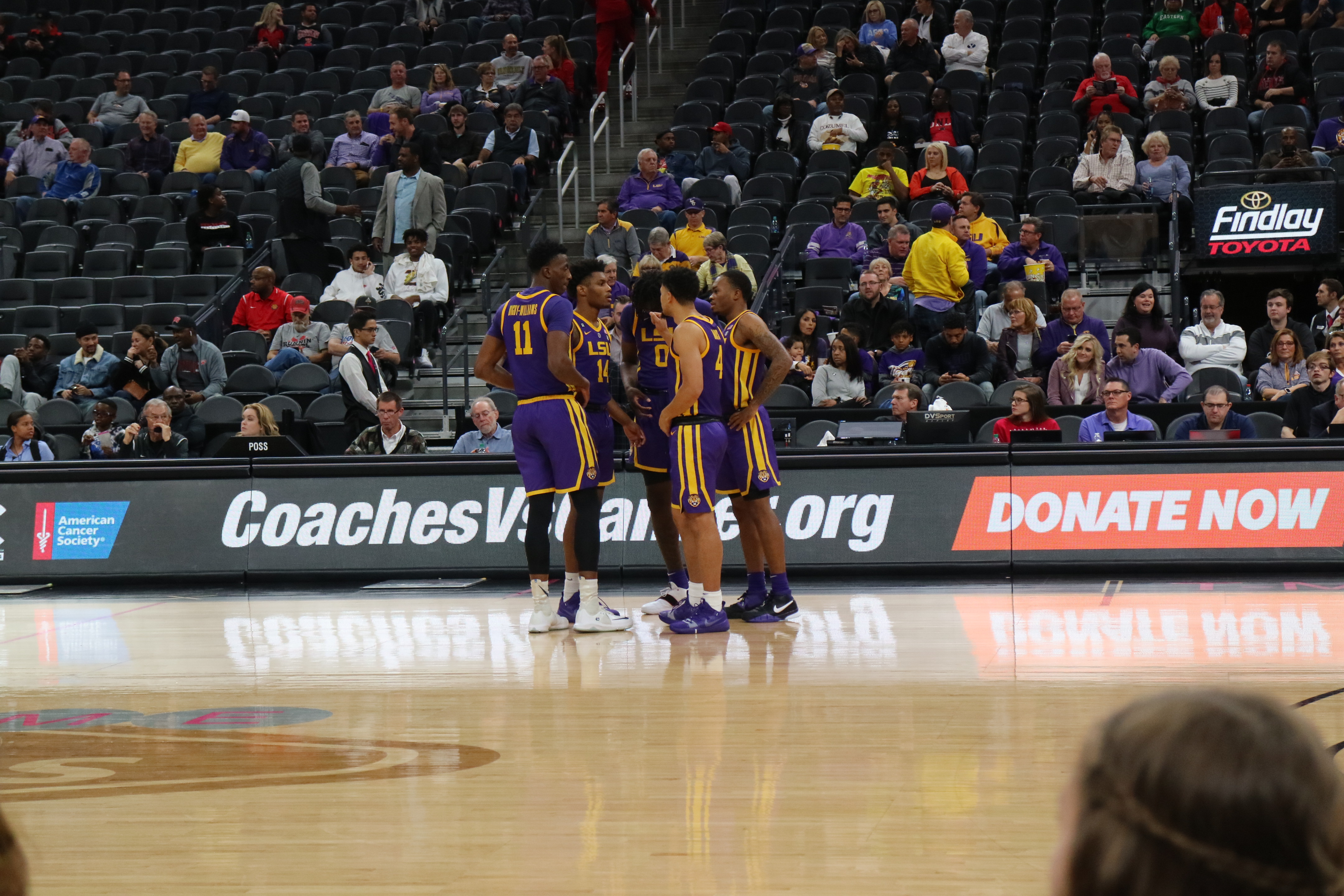 You could feel the hatred in the BYU/UNLV game, an overtime game with 46 fouls and a whole lot of free throws. UNLV led by 17 at the half but needed a Noah Robotham game-winning three as time expired in overtime to take down the Cougars. Noah scored 12 points tonight and shot 4-14 but these 3 points were easily the most important of UNLV’s young season. UNLV desperately needed this win after losing close games to Cincinnati and Illinois after losing at home to Valparaiso. This was UNLV’s best offensive performance all season, shooting 26-59 from the field, 13-27 from three which is good for an incredible 48.1% clip, and 27-32 on free throws. Free throws... the sole reason UNLV lost to Cincy the other week as the Rebels shot 18-29, 11 missed free throws in a 4 point loss, ouch. UNLV now sits at 5-4 and makes a trip to Hawaii for the Diamondhead Classic, an annual holiday tournament. BYU falls to 8-5 and things don’t get easier as they’ll travel to San Diego State and Mississippi State for tough road games before they open up conference play. A bright spot for them was Yoeli Childs who has been spectacular this season and looks like a legit NBA prospect. Childs played all but one minute in this game and scored 25 points while adding 11 rebounds on 12-21 shooting. He’s now averaging 22.8 PPG and 10.9 RPG as a junior. Looks like a guy who could be a steal if selected anywhere after 20 in the NBA Draft. The West Coast Conference is the best it’s been in quite awhile, for BYU to make the NCAA Tournament they’ll need to win the majority of their conference games including a win against Gonzaga. Or they can just win the WCC tournament in Vegas this spring, a tough task.

LSU defeated Saint Mary’s 78-74. They led by one at half and used a huge 16-4 run to begin the 2nd half which was the difference in this game. That run kept the Gaels from scoring just enough to stay in it and they didn’t get close again until the 2/3 minute mark. LSU held on thanks to Tremont Waters and his 18 points on 7-12 shooting. Stud forward, Naz Reid added 14 and 5 rebounds. Emmitt Williams feasted off the bench with a big 15 points and 6 rebounds. When Saint Mary’s made a late push it was Kanell Bigby-Williams who hauled in a huge rebound and hit a free throw to go up four. Cousin of Jerome Williams, Marlon Taylor had a great dunk on the receiving end of an alley-oop from Tremont Waters. Marlon has crazy bounce and is always locked in defensively, have to love watching a high energy player like him. LSU sits at 8-3 with a huge matchup against Furman in Baton Rouge next Friday. Furman is a legit team, like seriously they are a good team who has beaten 2018 Final Four participant, Loyola-Chicago and 2018 National Champion, Villanova. Both wins on the road! Saint Mary’s got 21 points from junior guard, Jordan Ford, he’s averaging about 22 points per game this season. The Gaels turned the ball over 19 times tonight, that can’t happen against a quality team like LSU. Saint Mary’s is now 7-5 with a big non conference road game against Western Kentucky coming up. The Gaels aren’t the mighty team they’ve been in past years, it’s clear that a tougher schedule has played part in that. Like BYU, Saint Mary’s will need a win over Gonzaga and to win nearly every conference game to make the NCAA Tournament. Or they’ll have to win the WCC tourney this spring.

I’d like to say this before other people finally catch on. I said this three weeks ago and I’ll say it again. The WCC is the best basketball conference on the West Coast this season. Even though they went 0-2 tonight in Vegas, the conference as a whole looks very good thus far. Loyola Marymount, San Diego, and San Francisco have all improved drastically this year. It will be a criminal offense if the WCC doesn’t get at least two teams in the NCAA Tournament. Gonzaga is a lock, it’s now a matter of whether LMU, USD, USF, BYU, and/or Saint Mary’s can join them in March. As of right now I can see both San Francisco and San Diego making the tournament as well as Gonzaga. And I wouldn’t want to face either of those two teams in the first weekend.