New Additions To The BIG3 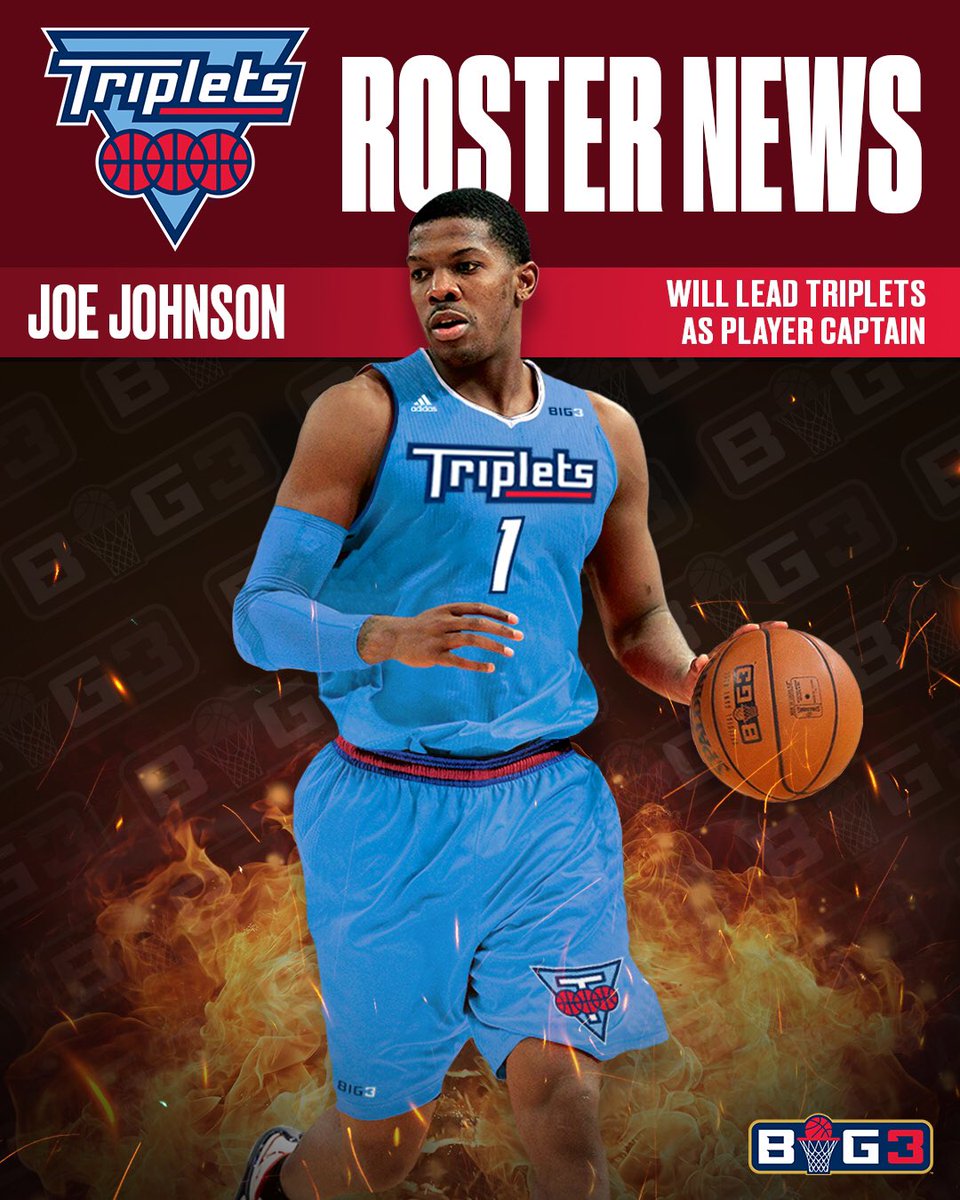 The BIG3 took a huge step forward in season 2 after a successful inaugural season in 2017. This season, number 3 looks to be promising as they introduce new teams and many new players. The four new teams are the… Aliens, Bivouac, Enemies, and the Triplets.

Now for some of the new players and coaches…

Lisa Leslie will coach the Triplets who will be captained by Joe Johnson. The league introduces it’s second female coach as Lisa joins Nancy Lieberman. We’ll see if Lisa dominates the league like Nancy did as Nancy took home the championship in her first season with the Power. Joe Johnson joins the BIG3 after playing 17 seasons in the NBA which featured 7 All-Star appearances. Iso Joe was a star in his days as an Atlanta Hawk. These two are a great start to an expansion team and I’m very excited to see who they add in the future.

Next up we have Gilbert Arenas captaining for the Enemies. The Enemies will be coached by former Trilogy coach, Rick Mahorn. Mahorn makes the switch to the Enemies after taking home the championship in 2017 and failing to reach the playoffs in 2018. Here we have one of the most recognizable players in basketball taking his talents to the BIG3 in Agent Zero. Gilbert played 12 seasons in the NBA which featured 3 All-Star appearances, many fans will remember Arenas from his days as a Wizard. I’m loving this start to the Enemies, a coach who is seeking redemption and a dominant scorer.

Jason Terry is set to join the BIG3 as the captain of the Trilogy. Kenyon Martin retired from playing basketball, hence why the team needed a new captain. Kenyon is taking over the coaching for the Trilogy as Rick Mahorn has parted for the Enemies. Jason Terry was a huge fan of the BIG3 the past two seasons as he was often seen attending games in the past years. Terry played in the NBA for 19 years and he aims to break the record for made 4-Pointers in the BIG3. I love seeing the Trilogy get Kenyon as their coach to replace Mahorn. I think Kenyon has the fire and passion to make an immediate impact and get the Trilogy back to the top of the standings. I wish Mahorn the best with the Enemies and still love the redemption story over there. Nice little rebuild the Trilogy are undergoing.

Now for some of the players who have entered the draft pool and don’t have a team yet, here are plenty of names to look over.

I am very excited to see Josh Smith and Perry Jones III play. Smith a 33 year old should be a monster in this league with his skill package. He can shoot the occasional three, drive and take you to the rack, rebound, and defend. Perry is a 27 year old who had battled injuries while in the NBA. The BIG3 offers new beginnings and a fresh start for a talented player who will throw down some ferocious dunks this summer. Perry Jones III might just end up a fan favorite.