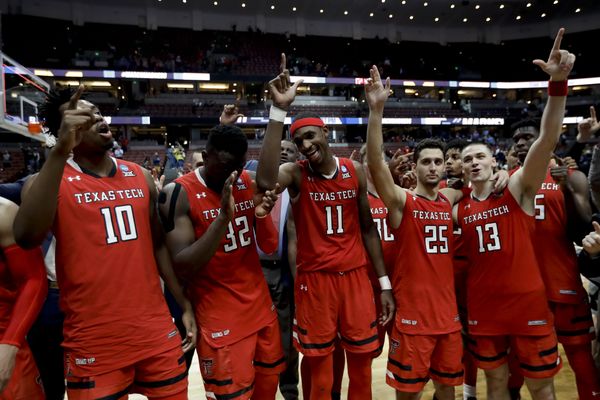 Yes, you read that title correctly. Texas Tech basketball banned the use of smartphones amidst a losing streak in February. It’s tough to imagine such a large group of college students not being on their phones and scrolling through social media on a  daily basis.

Texas Tech’s incredible work all started before a Feb. 9 road game at Oklahoma. The Red Raiders had just lost three straight road games against conference opponents (Baylor, Kansas State, and Kansas). Senior captain, Norense Odiase, a 6’9″ center from Fort Worth, Texas, came up with an idea: let’s bag up all our cell phones before bed. “Get locked in,” says Odiase. “No distractions.” The players complied — some with more protest than others — and Texas Tech won 66-54 the next night. A routine was born.

Texas Tech’s third-year coach, Chris Beard, already has no love for cell phones: he bans them at team meals. At a two-day team bonding retreat at a ranch about 100 miles south of Lubbock, his players surrendered their devices. (They did karaoke instead of scrolling through Instagram). So Beard pushed Odiase’s idea even further: cell phones would be collected on all nights of a road trip, not just the night before a game. “That was never my idea,” says Odiase. “Some of the guys give me some stuff for that.”

Texas Tech went 14-2 following the ban, they made the national championship game and barely lost. An incredible run that was fueled on a unique ban. Texas Tech played a physical brand of basketball that may have reminded you of the toughness of the 80’s, they really took the 80’s brand to heart by not using phones!

If you’d like to read the full article, by Time, here’s the link: http://time.com/5565272/college-basketball-team-ban-cellphones/