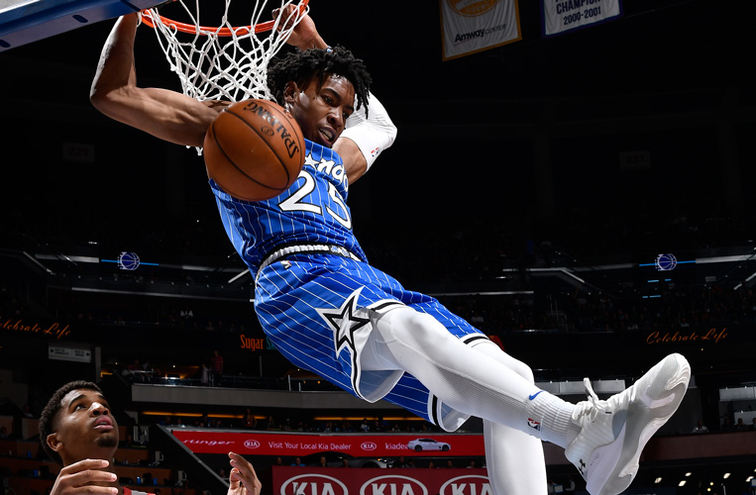 Could this be the end of Orlando’s six-year postseason drought?

The Orlando Magic took down the Miami Heat with a 104-99 win Tuesday night – securing their eighth spot in the Eastern Conference playoffs with the Heat just one game behind.

Miami was in the lead 51-42 at halftime, but this was no reason to get too comfortable as the Magic began to take over during the third quarter.

Nikola Vucevic was a star contributor to Orlando’s win, bringing a team-high 24 points.

"This time of year is when it's the most important,'' Vucevic said. "We're fighting for a playoff spot, and to win six is really huge and it gives us a big advantage right now, so we've got to keep it up.''

Vucevic also has 11 games this season with at least 20 points, 10 rebounds and 5 assists – a tie with former NBA star Tracy McGrady for the most such games in a particular season in team history, according to ESPN Stats & Info.

But amidst the Magics’ exciting playoff race victory, coach Steve Clifford remains cool, calm and collected as any coach in this situation should. "There are [five] teams for three spots," said Clifford after Orlando’s win on Tuesday. "As I said a couple [of] weeks ago, the Heat would be the team to compete for those three spots because of the way they play.

"We have to win on the road. Every game is going to be difficult. This was a good start to the road trip."

The Magics’ next game will be against the Pistons on Thursday, who have lost six of nine games recently.

Well, there’s certainly a lot at stake here – and the pressure’s on for both teams.