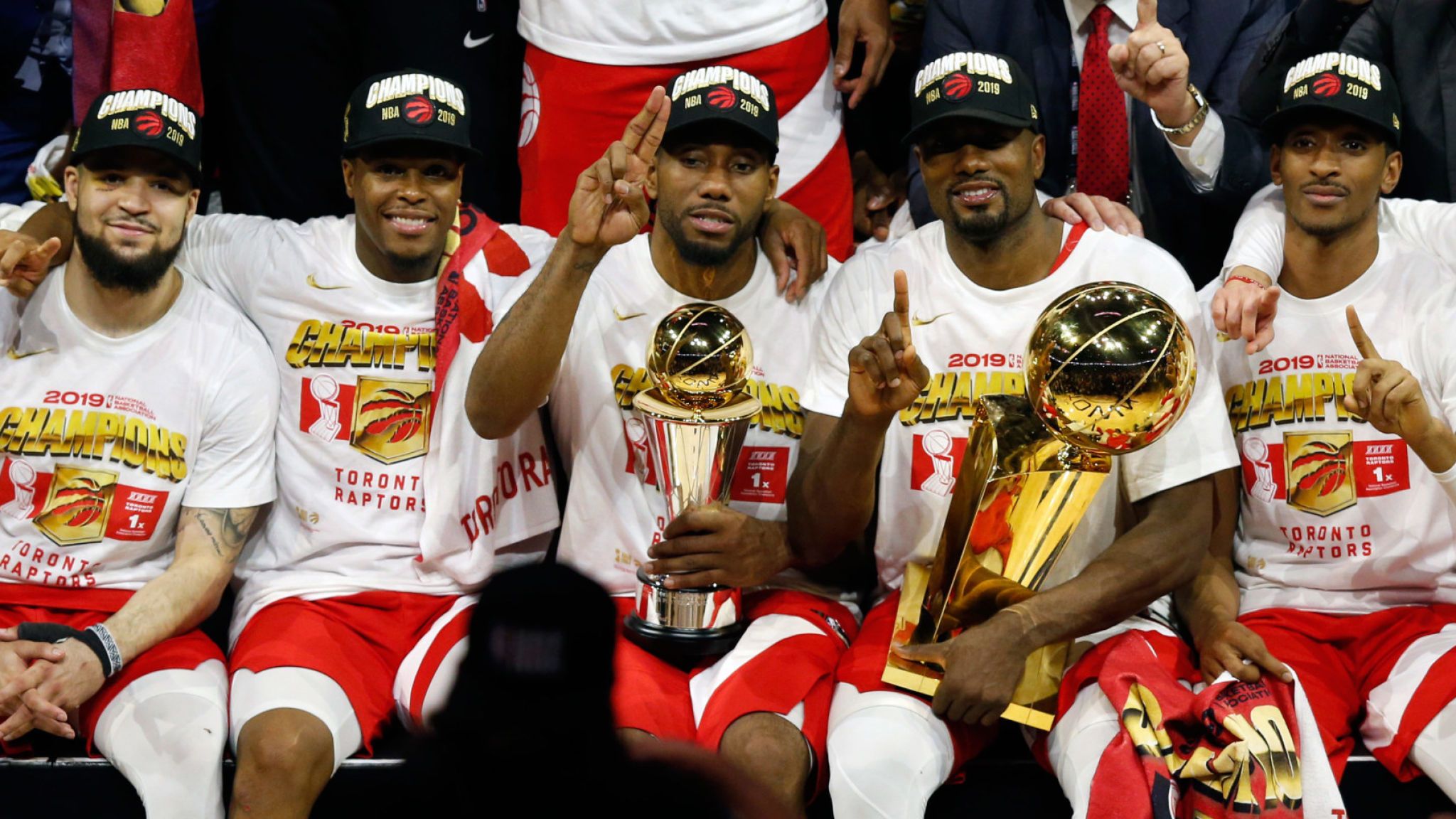 “We The North” will now forever be “We The Champions”.

What a time to be Toronto.

The Raptors, an unconventional cast of diversely talented players, made NBA history last night with their 114-110 win over the Golden State Warriors in a 6th and final game of the season.

The entire city and beyond was replete with loud cheers and honks; waving flags and overjoyed Canadian faces - as a defining moment fans had only dreamed of happening had finally come true.

“The city of Toronto, the country, the country of Canada, we did it, we brought it home and we want everybody to celebrate, celebrate safely,” said Kyle Lowry, who contributed 26 points to the win along with Pascal Siakam.

“Words can't explain how I feel. It's been a long, long time. 13 years of NBA basketball. Couple years of college. A couple years of high school basketball. And to be able to say I'm a world champion, it makes me feel great. And to do it with the group of guys that we did it with is amazing, like it's just kind of still surreal. Kind of, it hasn't hit me yet. I'm still kind of in this moment of just like is this real yet?”

Both the Raptors and the Warriors played with passion and resilience through the entire Game 6; maintaining a dangerously close record of points throughout.

“We have a lot of talent, we're very deep team,” said Fred VanVleet - who made some top contributions including 22 points along with teammate Kawhi Leonard.

“When that talent works hard and goes out there and pays it forward every day, then have you a chance to be special.”

There was never a dull moment in Game 6. Nothing was certain until the very final seconds of the game that saw newly-crowned 2019 Bill Russell NBA Finals Most Valuable Player Kawhi Leonard making some truly unforgettable shots.

"I wanted to make history here. That's what I did," said a champagne-soaked Leonard.
On his Most Valuable Player win, Leonard remarked; “That was very special. Obviously I didn't come out in this series trying to win it. It was a whole group collectively.”

And that it was.

“Tonight Fred played amazing in that fourth. Kyle played amazing tonight throughout the whole game. Pascal played big. I just kept striving and pushing and I ended up with the trophy but everybody deserves it.”

“It was a great group,” said coach Nick Nurse. “They really played together. I thought they really fought hard, they were tough-minded.”

As for the always powerful Golden State Warriors; with their loss they’ve gained some valuable insight that they can take with them to new Chase Center in San Francisco starting next season - a move from the Oracle arena that’s been home to the team since the 1971-72 season.

“Toronto is a great team and had a great game plan and executed. They made it tough on us,” said Golden State’s Kevon Looney.

“We gave everything that we had. We punched them and kept punching, but they never fell down. Every time we went on a run, they made a run back and showed the heart of a champion. They deserved to win. They’ve been going through their trials and tribulations as a team in the past and won this year. It’s a great feeling to win and a terrible feeling to lose. Congrats to them; they deserved it.”

Stephen Curry also didn’t let his pride keep him from congratulating the team representing a city where he spent several years of his childhood living.

‘"This five-year run's been awesome but I definitely don't think it's over," he said.

“It's amazing, it's amazing, just excited, happy, kind of like seeing -- it's hard to just sit down and think about everything,” said Siakam.

Congratulations, Toronto. This is a time to be proud.