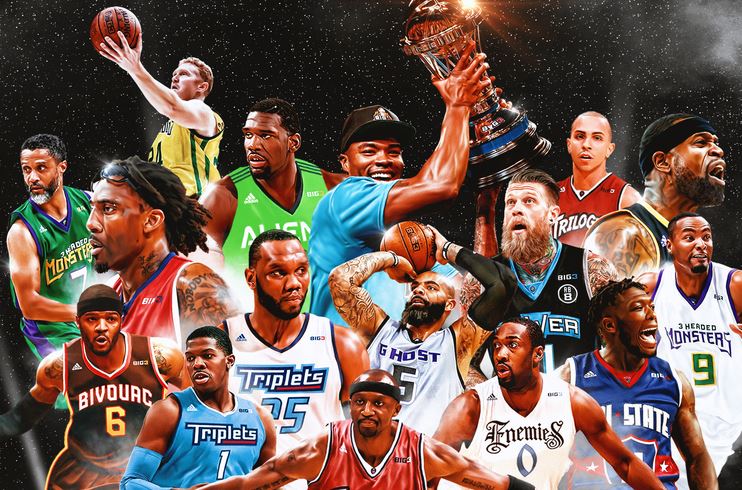 Ice Cube and Jeff Kawtinetz’s 3-on-3 basketball league is about to roll out its third and largest season yet – and there’s no question as to whether the franchise is doing their part to keep basketball inclusive and welcoming of everyone.

Beginning June 22nd in Detroit city, the BIG3 will be implementing several new and exciting changes for 2019. For one, it will be expanding from 8 to 12 teams and 10 to 18 cities, and international players will now also be eligible to participate in the games.

Alongside Ice Cube and Kwatinetz, the league will continue to be directed by Chairman Amy Trask and Commissioner Clyde Drexler – but this time, a new CEO by the name of Amit Bajaj will be joining them. Bajaj is a former associate of Centerview Partners, an investment banking and private equity investment company based in New York.

Bajaj, who believes there’s “a global thirst for the [BIG3] in other geographies”, is part of the reason why BIG3 now has CBS/CBS Sports as its official new broadcast partner – leaving previous network Fox Sports.

“Fox is obviously a great network,” said Bajaj (Front Office Sports). “They were viewed as a great partner, but now on CBS, we have a substantial number of hours on the main network. CBS is the number one broadcast network in the country and they’ve been so for a long time and they have the best brands in sports by far.”

Furthermore, the BIG3 league is not one to exclusively feature and celebrate just men of the NBA. This season, the franchise will be warmly welcoming another woman to join 2017 champion team Power’s Nancy Lieberman: and it’s Lisa Leslie, who will be head coach of the expansion team Triplets.

“For me to say this is one of the most magical things that’s ever happened to me, it really is because of the people, the opportunity, the players, everybody who’s embraced the thought of being different,” said Lieberman. “Most of these guys, by the way, have daughters and nieces and sisters. They get it”.

Apart from expanding to more cities, welcoming international players and embracing both the women and men of basketball – the BIG3 has also put a necessary focus on mental health awareness, as well as CBD acceptance with their new cbdMD partnership.  Royce White, Larry Sanders and Lamar Odom – three former NBA stars that have struggled with mental health – will all be featured in this season’s 3-on-3 games, with White as the No. 1 pick.

White previously reported to have not received a fair level of understanding from NBA executives regarding his mental health struggles. “That very lack of awareness is exactly what I fought back against in the first place”, White had told Rockets Wire

“Now everybody sees the proof for themselves. Ironically, almost all of the players that have publicly talked about their struggles with mental health have had relatively good careers from a performance standpoint. So much for the ‘if you have anxiety, find another job’ narrative. Who exactly are we getting rid of then? Most of the players that came forward are BIG TIME players. Same would be true of any profession. Most people in general are struggling with these issues; the hyper-successful ones almost always are.”

Amy Trask, BIG3’s Chairman of the Board, has always been an advocate for positive change – and she agrees that inclusion and diversity are defining qualities of the BIG3 brand.

“To work with men like Cube, like Jeff and Clyde and Amit and our coaches and our players who evaluate everyone on merit and without regard to race, gender, ethnicity or religion for business, should work,” Trask said.

“If there’s such a thing as ‘Business Darwinism,’ businesses that don’t operate that way should fail because by definition, a business that operates in the other manner is excluding that swath of qualified people.

Sorry about the soap box, but it’s just exciting to me and I realized my great fortune.”

Exciting it is. And that’s certainly something felt by all of us.