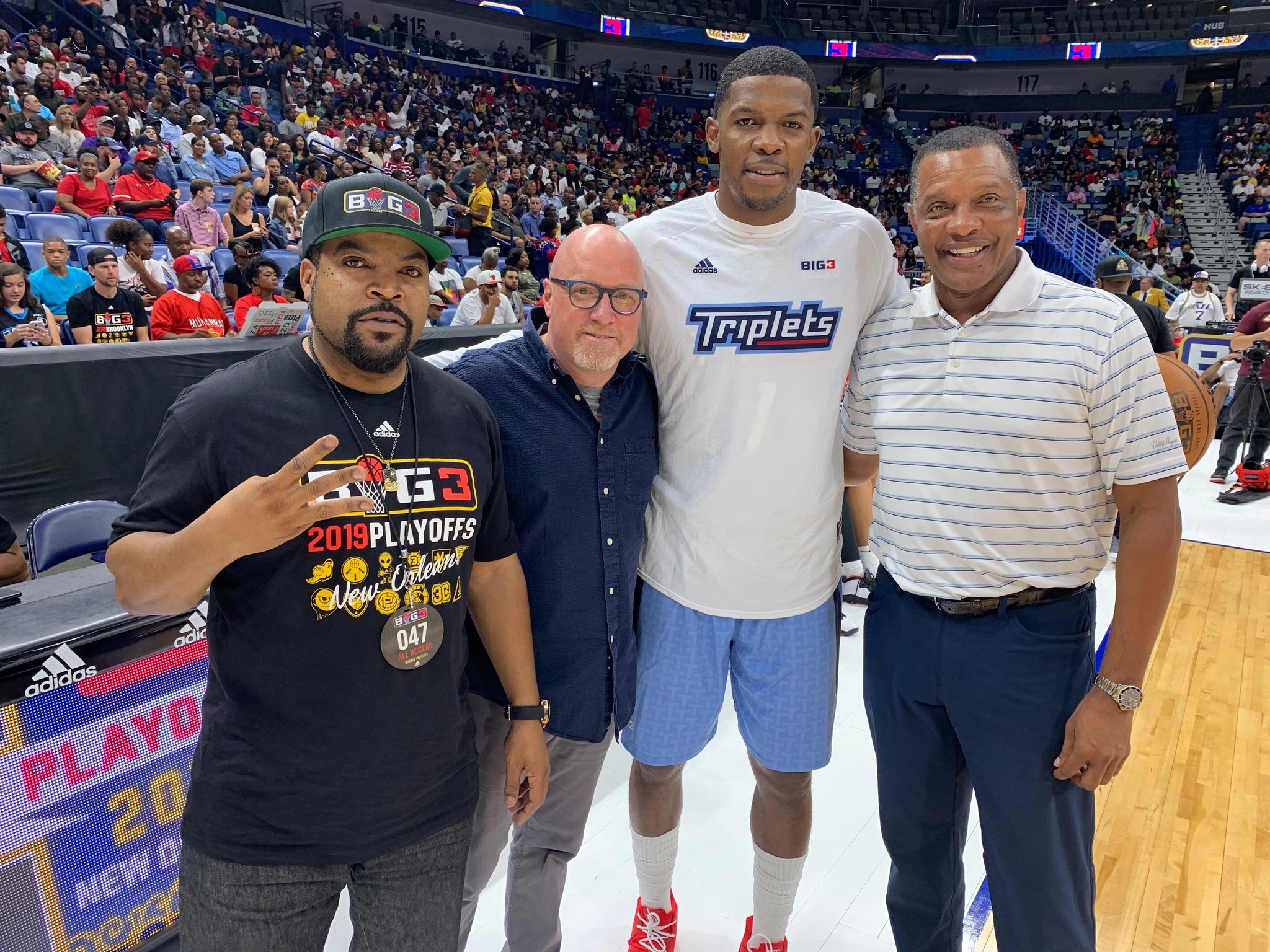 It’s playoff time! The BIG3 brought you some playoff basketball action in late August, what more could a basketball fan want? Fans saw the Killer 3’s battle Power and Triplets clash with 3 Headed Monsters. The games were pretty fun and took place at Smoothie King Center in New Orleans, Louisiana.

In game one, Killer 3’s and Power shared the same regular season record of 5-3. Killer 3’s were given the two seed while the defending champs, Power were given the 3 seed. My pick to win it all was Power as I felt they were the most complete team with the best coach who had them prepped for success better than any team in the league. I took them despite injury troubles and those injuries proved too much to overcome. Killer 3’s won 50-42 as Cuttino Mobley, Chris Andersen, and Carlos Boozer watched from afar as a part of Power. Those are three huge losses. Corey Maggette scored just 9 points, an unfortunate time for the star to underperform. Glen Davis led the team in scoring with 12 points. For Killer 3’s it was a balanced attack as Stephen Jackson sunk three 3’s and scored 13 while adding 6 rebounds. Donte Greene got 13 points, 7 boards, and 2 steals. C.J. Watson added 12, Frank Session totaled for 8 points, 2 rebounds, a steal, and a block. A great team effort from Killer 3’s and a tremendous turnaround after last years nightmare season. The difference in this game was clear as 3-point shooting sided with Killer 3’s. They made four 3’s where as Power made just one. Power did add a four but... Killer 3’s gets 12 points from deep and Power gets just 7.  That’s a 5-point difference right there as Power shot horrid from three. Congrats to Killer 3’s on advancing to the championship in Los Angeles! There will be a new BIG3 champion!

Game two was the matchup I anticipated most. Triplets and 3 Headed Monsters. I really believed in 3HM, always thought their talent was superior to teams they weren’t beating and I expected them to make a run to the playoffs by rattling off three straight to end their season. Well, they won two and fell to Triplets and now they had a revenge game against Triplets with an opportunity to reach the finals. Unfortunately, Lisa Leslie and Joe Johnson had some other plans as Lisa looks to reach the championship in her first year coaching in this league and replicate what Nancy Lieberman did last year, winning it all as a female coach. And you got ISO Joe, the MVP, the leading scorer this season. He’s been fantastic game in and game out and his success continued today. Joe scored 26 and grabbed 5 rebounds and was the key piece in the Triplets 50-39 win. He even scored the game-clinching bucket. Joe really has done it all for Triplets this season! Alan Anderson scored 9 and Al Jefferson put up 10. This Triplets team is just so well coached and having Joe Johnson is going to give you a fighting chance every single week. For 3HM, Mario Chalmers scored 14, Reggie Evans had 12.  A shocking stat here, just TWO rebounds for Reggie Evans. The three-time rebound king was kept off the glass today and that played a huge role in the loss. A lack of second chance points and stifling Triplets possessions hurt 3HM big time. Good fight from 3HM, amazing performance from Triplets!

That’s it. The championship is set. Triplets and Killer 3’s are the 1 and 2 seeds. They’ll meet up in Los Angeles, California for the BIG3 Season 3 finale! See y’all at Staples Center.