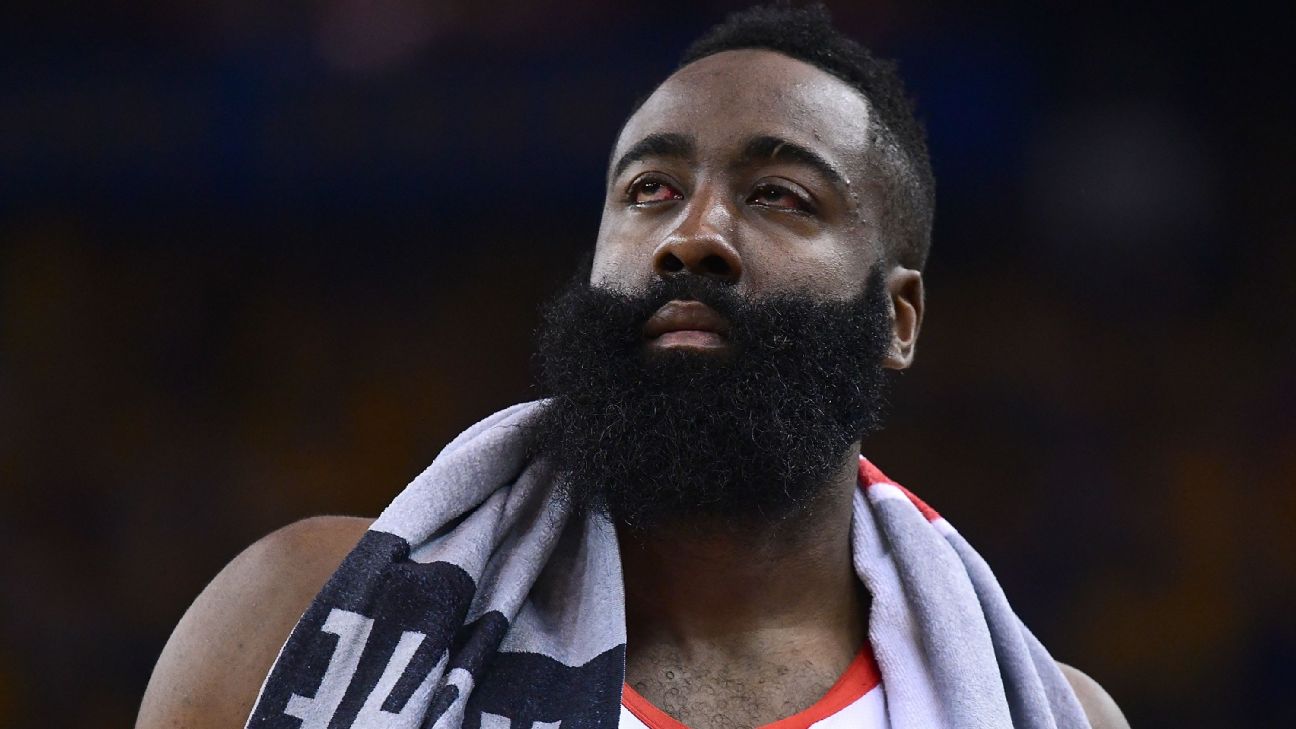 "Hopefully it gets better day by day.”

Rockets star James Harden said he “can barely see” after his eyes took an unintentional hit from Golden State’s Draymond Green during the first quarter of Tuesday night’s Game 2.

It was Green’s left hand that smacked Harden in the face just over five minutes into the game, when Harden was making an attempt to rebound his own miss, Green also going after the ball.

Harden experienced bleeding in both eyes, with his left eyelid suffering a laceration.

"I made a mistake and hit him in his eye," said Green. "Just [wanted] to check on him. It's not about hurting anybody out here. So many times, people forget that when a guy [has] an injury, you live with that every day, every second of every day. It's not just about this game."

But despite being able to barely see, the 29-year old Rockets star still managed to return during the second quarter — contributing 29 points on 9-of-19 shooting to what was an unfortunate 115-109 loss for the Rockets.

Harden even brought four assists; all occurring after his injury. "Just tried to go out there and do what I can to help my teammates”, he said.

"He got raked pretty good in the eyes, but that's him," said Rockets coach Mike D'Antoni. "I mean, I didn't have a doubt that he was coming back unless it was something catastrophic. I'm sure he would have loved to play better. Under the circumstances, I thought he played great."

Warriors guard Stephen Curry also had to briefly leave the game during the first quarter due to a middle finger injury that occurred with an attempt to tip the ball away from Clint Capela. Luckily, it turned out to be just a dislocation and not a break.

"It hurts, but it's all right. Didn't break anything. Fortunate, and some higher power's looking out for me on that one. Just gotta deal with pain and hopefully, before Saturday, that goes away and will be fine,” said Curry.

In the meantime, Harden will have a few days until Game 3 to (literally) see a recovery. We wish him well.