How Will LaMarcus Aldridge Fare with Fully-Loaded Brooklyn Nets? 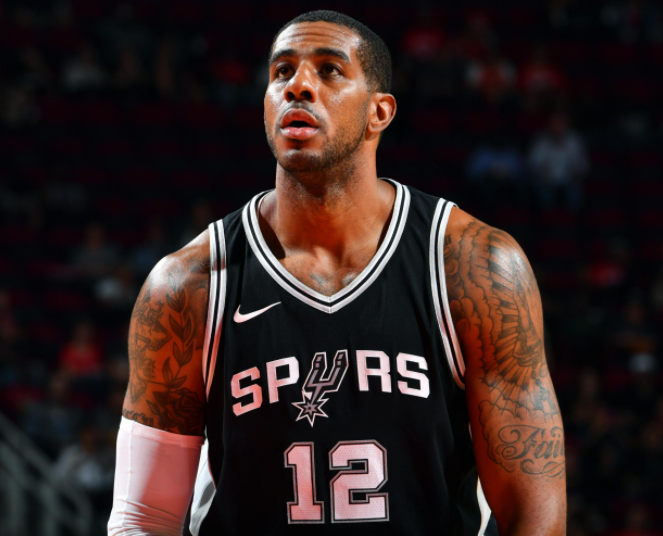 The Brooklyn Nets have just picked up yet another former All-Star on the buyout market to join them for the season’s remainder, and it’s no other than 35-year-old centre LaMarcus Aldridge.

Aldridge officially joined the Nets on Sunday, who already have three All-Stars on the team: Kyrie Irving, James Harden and Kevin Durant.

Aldridge is joined by centres DeAndre Jordan and Nicolas Claxton, along with two other former power forwards-turned-centres Jeff Green and Blake Griffin.

In his previous time with the San Antonio Spurs, Aldridge averaged 13.7 points in his 27 games played, which marked his lowest scoring average since his rookie season.

However, we can’t forget that Aldridge has been one of the most talented midrange shooters throughout his career - and his 52.7 percent shooting from midrange and 36.0 percent from 3-point range with the Spurs speaks to this.

“[Aldridge] has the ability to make 3-pointers, so that opens the floor up,” said Nets coach Steve Nash. "He understands that this is a different role and a different team. I want him to find that natural balance between the way he has traditionally played and the way we play."

Furthermore, according to NBA.com, Aldridge is averaging 0.92 points per post-up possession this season, placing him in the 49th percentile in efficiency.

Though Nets currently hold the best offensive rating in the league, it is thought that the 6-foot-11 Aldridge will add even more offensive support with his shooting talents and post-up scoring .

Coach Nash stated that Aldridge will have a few practice runs before potentially getting the chance to suit up late this week. He’ll also have the opportunity to be a starter, with the starting centre role having been varied throughout the season.

Per ESPN’s Malika Andrews:“I’m not here to be an All-Star,” said Aldridge.“That’s not what I’m trying to do. I’m just trying to bring the value, try to bring the things I’m good at and trying to help this team win. I’m not worried about being an All-Star anymore.”

We look forward to watching Aldridge bring his talents to an already highly capable team.