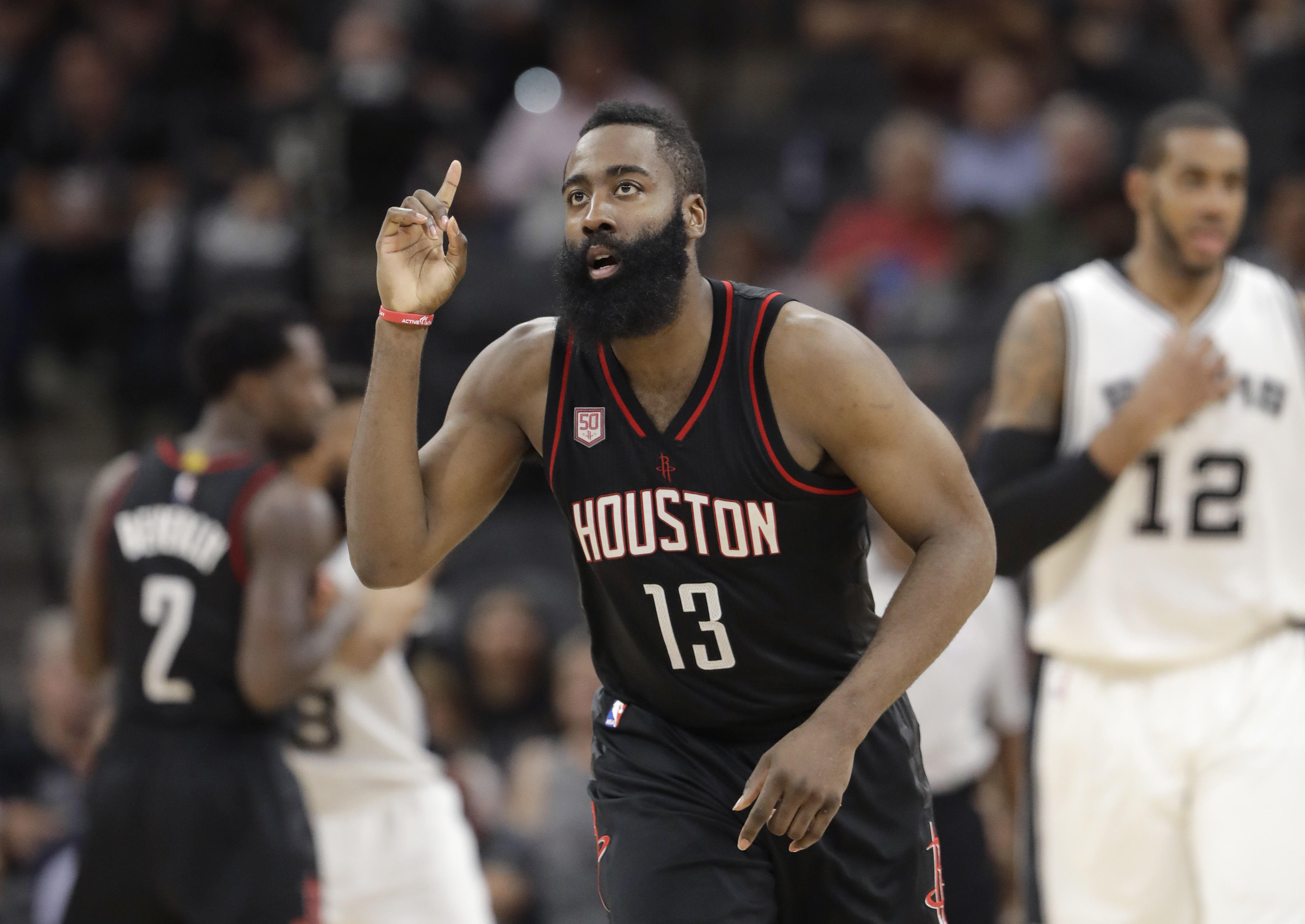 James Harden just went 32 straight games in which he scored 30+ points in. 32! His absurd streak was ended last night by the Atlanta Hawks. James shot 7-21 FG and 0-10 from 3 against the Hawks. James scored 14 from the line and totaled for 28 points. He fell 2 points shy of 30… he missed 2 free throws. You just have to credit the Hawks and Kent Bazemore here. Kent did an incredible job of guarding Harden and the Hawks were determined to hold him under 30. You could see how hungry these young Hawks were as they quadruple teamed Harden with a few seconds left and made sure he didn’t get a cheap layup or chuck up a 3. The Hawks lost 119-111 but I guess they were content with a morale victory and ending history. Harden didn’t seem too bothered by falling short either, “It was cool” is how he summed up the streak. Most of us, those who are sane, knew James was not going to break the record for consecutive games scoring 30+. That record belongs to Wilt Chamberlain, the monster that scored 30+ in 65 straight games. But hey, to be 2nd only to Wilt is an incredible accomplishment, well done James, well done.

Whether you like how Harden plays or not, you have to appreciate the greatness that this streak is.