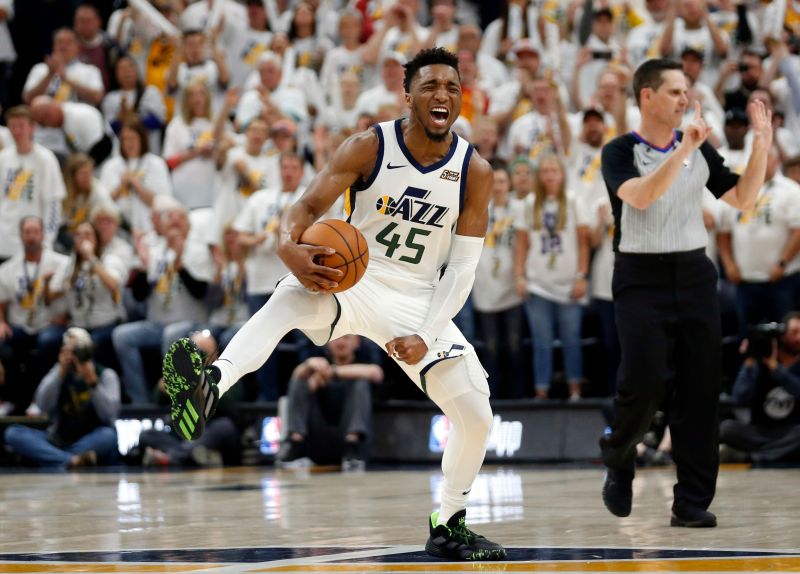 What started off as a rocky beginning ended as a victorious win for the Jazz in Monday night’s Game 4 against the Rockets.

Utah’s Donovan Mitchell was undeniably the star of the show, turning things around for his team after Houston was leading for most of the third quarter.

"My teammates have had my back with every mistake, everything I've done well," said Mitchell. "When you have that support system in the locker room every day, it makes it easier when you start the game with two straight turnovers."

Mitchell brought a total of 31 points, scoring 19 in the final quarter. Perhaps his most memorable moment was when he threw down a remarkable alley-oop dunk after catching a pass from Royce O’Neale.

James Harden, who scored 30 points for Houston that night, admitted that his team had plenty of opportunities. “They made some plays in that fourth quarter and we didn't,” Harden said.

"It's just draining when you play great defense and give up offensive rebounds.”

Coach Mike D’Antoni also weighed in about Houston’s loss, stating that his team “did things that are uncharacteristic of a team that wants to win.”

The Jazz and the Rockets will face each other again in a highly anticipated Game 5 this Wednesday.

“They got a few open looks, but I think if we continue to put the effort and intensity that we played with tonight and Game 3, anything can happen,” said Mitchell.

This will be an interesting one to watch.