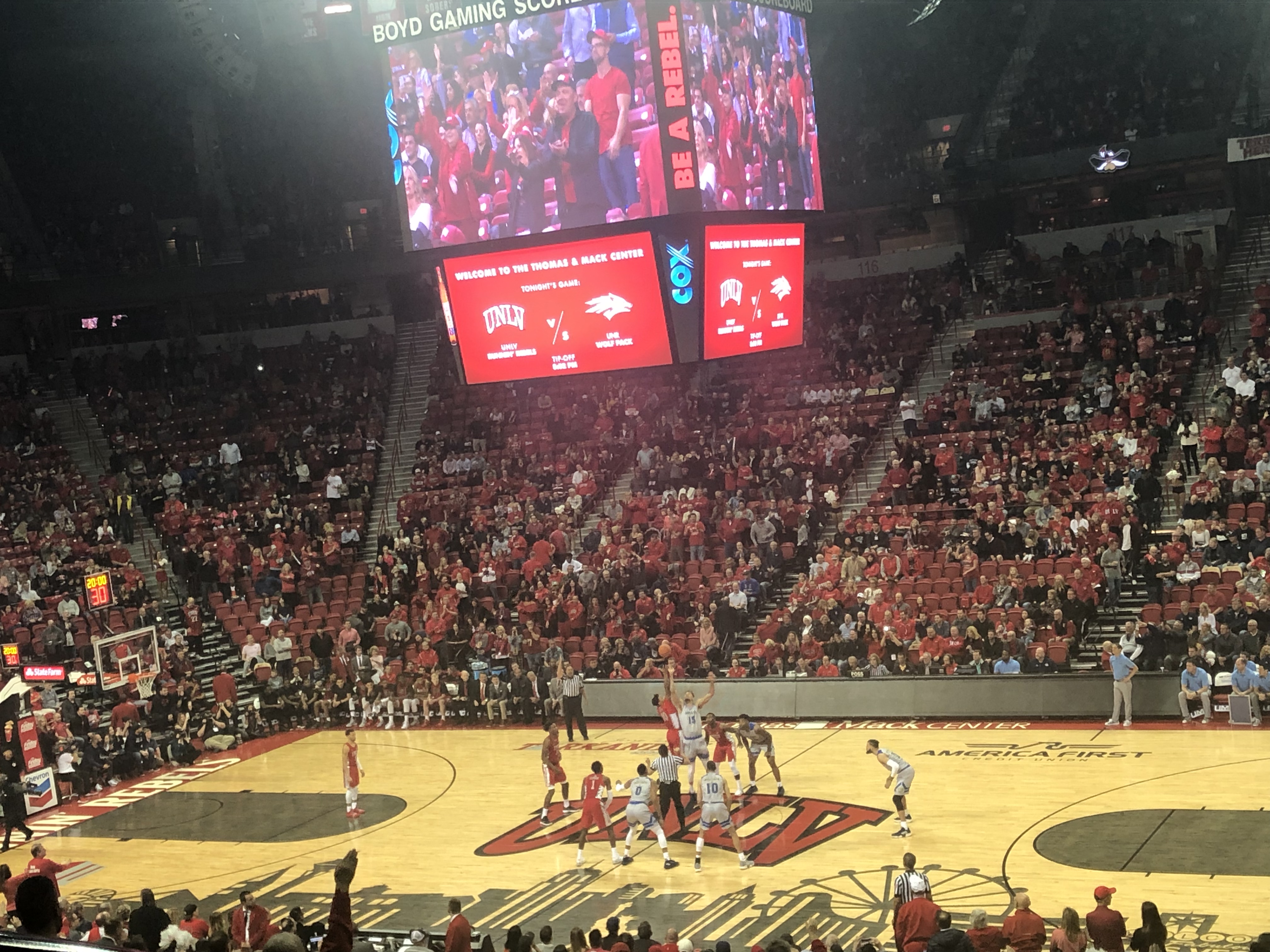 Nevada the eighth ranked team in the nation traveled to Las Vegas for a battle with UNLV. The winner of this game was slated to sit atop the Mountain West standings and we realized early that it would be Nevada. The Pack dominated from start to finish and walked out of Thomas & Mack with a 87-70 win. And to be honest it didn’t seem that close. UNLV got a wide open look from three in the first five seconds, bricked it, and Nevada took off as they exploded for 48 in the first half and held a 22 point lead at the break. UNLV was 0-11 from three in the first half, but don’t worry the Rebels salvaged the streak of consecutive games with a made three pointer extending that to 1,059. They’ve made a three in every game they’ve played since the three point line was introduced. Truly a remarkable stat that might never be topped and I look forward to tracking it every game. Nevada shot 48.1% from the field and 87.5% on free throws. To go 28-32 on your free throws is insane, not many teams in college basketball take advantage of free points like Nevada did tonight. UNLV was 36.8% from the field and converted 13 of 20 free throws for a 65% clip. Kris Clyburn got 23 points and 8 rebounds for the Rebs, he shot 10-20 from the field, a good night offensively for Kris. Nevada got the ball to Trey Porter early and really set the tone for the game, Porter had the first 6 points of the game for Nevada with his usual post move, spin off baseline and dunked it or got an “easy” layup. This opened up the rest of Nevada’s offense as Caleb Martin dropped 26, Cody Martin had 7 assists, both twins had 6 boards. Jordan Caroline had another double-double as he put up 18 points and 10 rebounds in 39 minutes. Next up for Nevada is Boise State in Reno. UNLV gets Utah State on the road next. UNLV will travel to Nevada for a rematch on 2/27. Sure, UNLV is 5-3 in conference but they’ve lost to Air Force, San Diego State, and Nevada. They got blown out at Air Force, AF scored the most points in program history that day. With losses to SDSU and Nevada, UNLV is 0-2 against the two good teams they’ve played in conference. Their next three games will be against Utah State, Boise State, and Fresno State. Utah State and Fresno State are two great teams in this conference and it’s tough to win at Boise. It wouldn’t be a surprise to see UNLV at 5-6 in conference after 2/9.