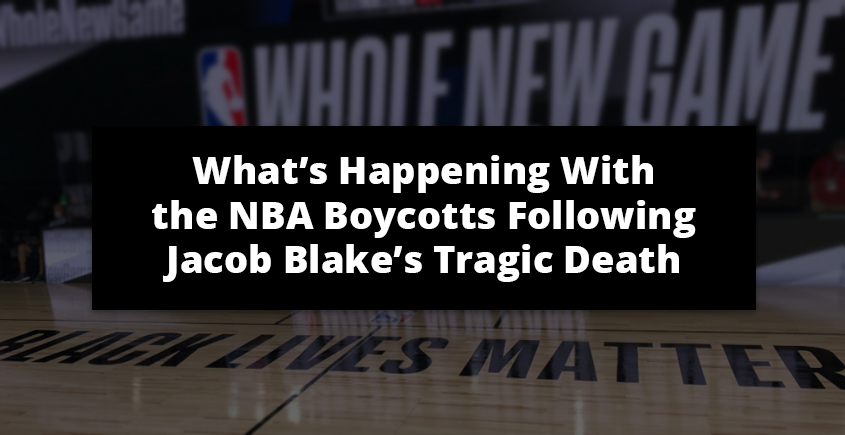 “Despite the overwhelming plea for change, there has been no action, so our focus today cannot be on basketball."

On Sunday, an innocent 29-year old Black male by the name of Jacob Blake was shot by the police.

This devastating event follows the murders of George Floyd, Breonna Taylor and other Black Americans by police officers.

NBA players have now responded in protest to the recent death of Jacob Blake boy refusing to resume play for the time being.

The boycott began with the Milwaukee Bucks refusing to participate in Game 5 of their first-round playoff series against the Orlando Magic.

Orlando joined Milwaukee in solidarity before the official postponement of the games, which would also include the Oklahoma City Thunder, Houston Rockets, Portland Trail Blazers and Los Angeles Lakers.

Three hours following the postponement of Wednesday's game, Bucks players released a statement declaring, "Despite the overwhelming plea for change, there has been no action, so our focus today cannot be on basketball."

Bucks forward Sterling Brown has also been personally affected by the problem of excessive force bylaw enforcement. On January 26th of 2018, Brown was forced to the ground and shocked with a taser gun by a police officer before being arrested after being cited for a parking violation.

Brown later filed a federal civil rights suit claiming excessive force and wrongful arrest, and denied a settlement from the city of Milwaukee.

The NBA’s next course of action is yet to be determined, including whether the season should be continued.

A societal change is desperately needed - and if the NBA can influence a shift in the right direction, this should be considered priority.