Who Is Lamine Diane? 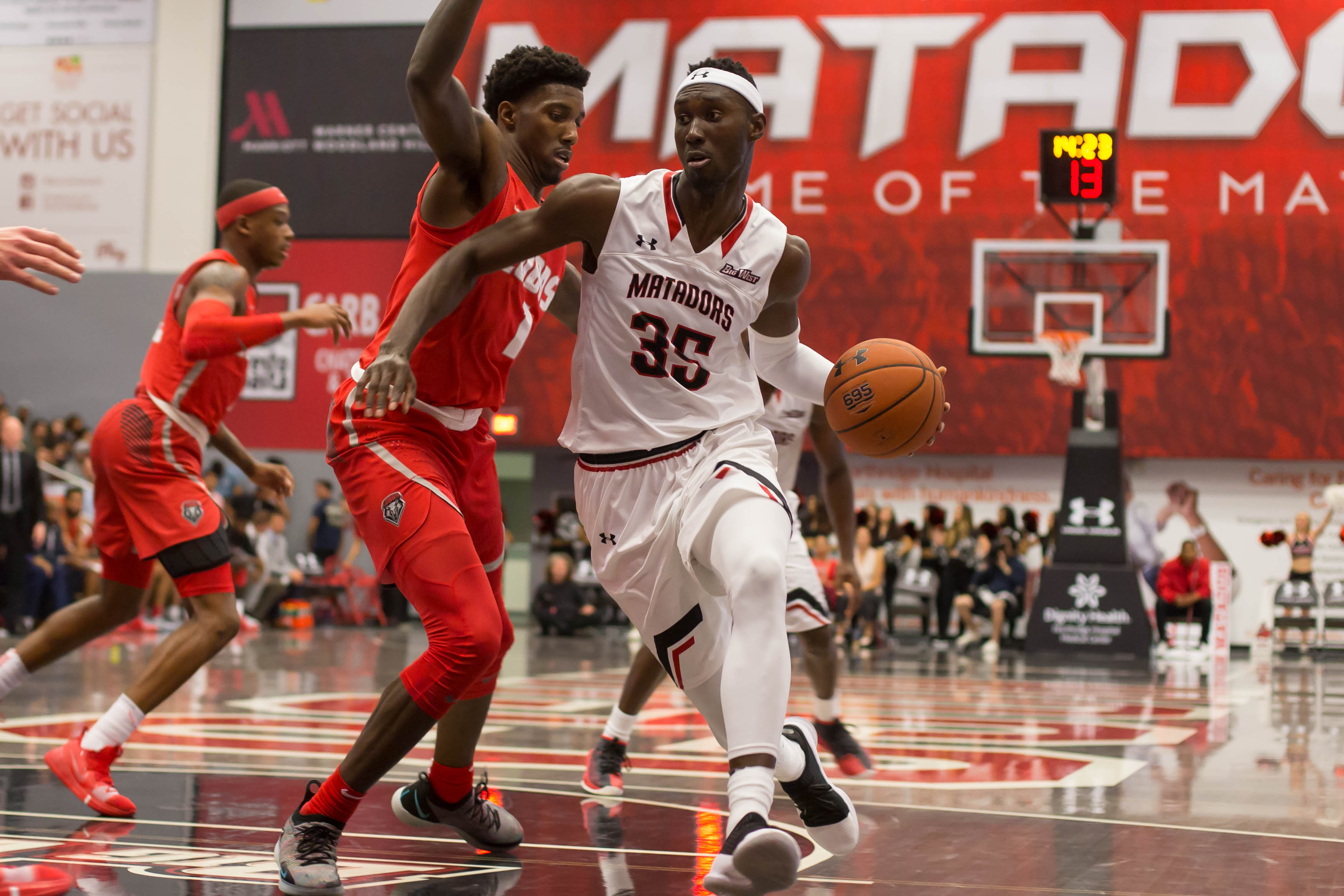 Lamine Diane? Who? That’s what many of you are thinking right now. That’s what I was thinking just a few months ago. I had never heard of Lamine, I’m glad his name was brought to my attention though. Here’s a quick article on the budding star.

Lamine Diane is from Dakar, Senegal. He played his high school basketball at Findlay Prep in Nevada. Diane currently plays at Cal State Northridge in the Big West. He had an electric 2018-19 season, he averaged 24.8 PPG, 11.2 RPG, 2.1 APG, 2.2 BPG, 1.5 SPG. That’s an absurd statline. Wait hold up, that’s a freshman y’all. A redshirt FRESHMAN put up those numbers! He played in 33 games, started in all 33, averaged 35.3 minutes per game. Diane shot 48.5% from the field. The areas of his game that need the most work on? 3-point shooting, free throws, and staying out of foul trouble. He shot a mediocre 30.4% from 3 and an abysmal 52.2% on free throws. He committed 4 or 5 fouls in 19 of his 33 games, that is mind-boggling. A player of his caliber can’t be stuck in foul trouble all season long, especially when he’s the star. Yes, the 6’7”, 205 is already the star of Northridge and that was evident in the first game of his career. A dominant 34 point, 7 rebound, 4 steal performance. He took 28 shots in that game and had 4 fouls. That’s crazy to me, Lamine has to stay out of foul trouble and his stats will rise to even greater levels. Like, check this game out from January 5th. 35 points, 15 rebounds, 4 steals, and 4 blocks. But he fouled out in overtime after taking 30 shots. It’s crazy to me that he took that many shots, he clearly has the green light, hence the 21.2 Shots averaged per game. Yes, this worries me. I’m afraid that Diane’s absurd production could benefit greatly from the amount of shots he’s getting per game and the fact that Northridge only played one power five school all year and it was Washington State. Diane was named to the 2018-19 All-Big West 1st team, won the 2018-19 Big West Rookie of the Year and was the Player of the Year in the Big West.

Is Lamine Diane for real or is he a fluke? That’s yet to be decided, I for one am very eager to see how he fares in the 2019-20 season, how he improves on the weak areas of his game and perfects the areas he excels at. Remeber the name, Lamine Diane.